Extremely reliable, even under extreme conditions – bebob batteries showed their qualities during a shooting in Mexico's high mountains 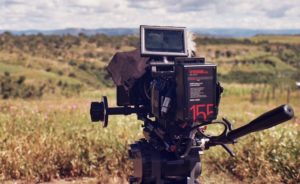 End of July 2016 we received a request from Dreifilm (www.dreifilm.de). The Munich film production worked on the graduate movie of Florian Seufert, film director at the HFF university of television and film in Munich. "The unreliable life," as the title says, proved to be a challenging project in many ways – not only because of the far-off locations in Mexico. 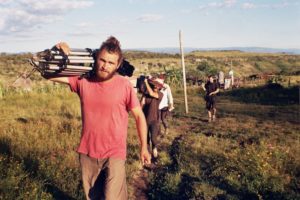 Hard work for the rather little camera team

"The conditions for the shootings were quite harsh: from aggressive sand fleas and summer storms to fever attacks and nights on concrete ground. A four-men team had to manage the anamorphotic camera technology in the mountains of Jalisco. So this was really a demanding project – not only because of the difficult working and living conditions, but also because of the special type of the project. This was work-in-progress, we worked without a dedicated script. All the actual influences should be included in the project. Very exciting - but equally exhausting for the extremely small team." Martin Kosok, co-founder and producer of Dreifilm, about the challenges of the project.

"Unreliable" also applied to the power supply - especially at 3000 meters altitude or in the middle of the desert. Often there was no possibility to recharge batteries during four days. Extremely high-quality and high-performance batteries were required, all the more since the equipment had to be small and portable. Unfortunately, it soon became apparent that such batteries are not easy to find in Mexico. The local batteries lost their energy after 15 minutes already completely.

Moritz Tessendorf, Cameraman of the project, therefore asked for the V290RM-CINE batteries from bebob, which have proved their quality to him already during many "extreme" shootings. Only problem: Such high-performance batteries are not allowed to be imported into Mexico. After consultation with bebob, two V90RM-CINE and two V155RM-CINE batteries have been shipped - and even with these four small bebob batteries the power supply for the project could be fortunately secured. In the meantime, the shooting has been completed successfully and Moritz Tessendorf can look back to it in a relaxed manner: "Without the bebob batteries, the shooting would have been a lot more uncertain - but now everything went successful and we are looking forward to a very special film".

And so are we!