This entry was posted on 18. November 2019 by amaiberger.

ARRI, Canon, SONY, Panasonic, RTL Mediengruppe, WDR Media Group, Film & TV Kamera - the sponsors of the DEUTSCHE KAMERAPREIS are just as recognized as the prize itself. No wonder that we are really excited about becoming a sponsor of this important media prize now as well!

Certainly we keep our fingers crossed for all our customers and partners taking part in the competition! As of today you can register at https://www.deutscher-kamerapreis.de/preis/wettbewerb/ - take your chance!

The DEUTSCHE KAMERAPREIS is the most important award for camera work and editing in German-speaking countries. With its 37-year history, it is one of the most renowned media awards ever. The basic idea is to focus on creative people who usually remain in the background, but who are highly responsible for the quality of film and television productions: Camera operators and editors. The "Cologne Camera Prize Working Group", supported by the City of Cologne, WDR and ZDF (among others), launched the DEUTSCHE KAMERAPREIS in 1982. At the beginning, the award was presented every two years at the Photokina show in Cologne, later annually. Out of this reason, the 30th DEUTSCHE KAMERAPREIS is awarded in the 38th year of its existence, in 2020.

We are looking forward to seeing your films at the award ceremony in Cologne next year :-)! 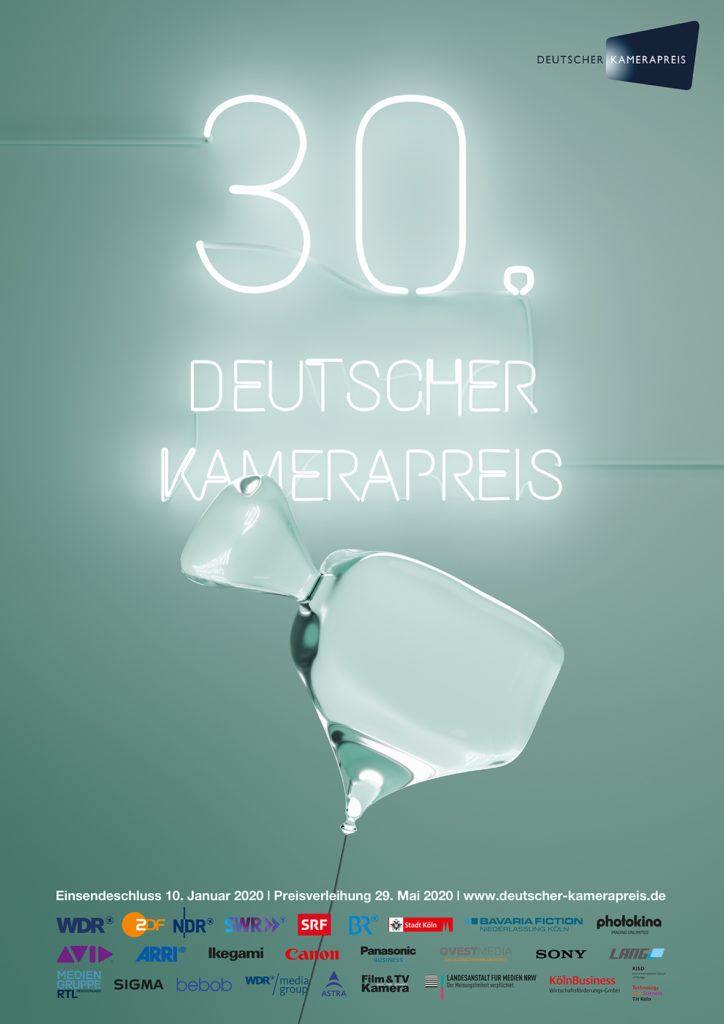